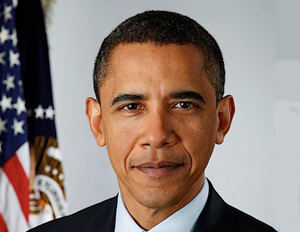 A day after President Barack Obama declared his plans to run for re-election, the White House and Facebook announced the first-in-command will stop by the Facebook headquarters to host a live event with CEO Mark Zuckerberg and COO Sheryl Sandberg on April 20. The president’s agenda will include discussing the economy, national funding and topics stemming from questions posted on the Facebook wall for the event or submitted to Whitehouse.gov.

Facebook Live will broadcast the event that day starting at 4:45 p.m. EST.

Thousands of the newly elected president’s supporters took to the streets of Port-au-Prince yelling chants and holding signs declaring their support for Martelly.

Martelly tweeted: “Thank you for your confidence. I bloom for all my people. We’re going to work for all Haitians. Together we can,â€ according to The Associated Press.

Miami Heat small-forward Lebron James is serving up lessons both on and off the court. The 2009-10 MVP is set to launch The Lebrons, a 10-part animated web series aimed at providing today’s youth with positive messaging–from family and friendship to staying in school and out of trouble– through his production company Spring Hill Productions and New York-based digital entertainment company Believe Entertainment Group. The webisodes will be available on the show’s YouTube channel and James’ web site, with some syndication on major sports sites.

The show documents the four LeBrons: Athlete, Business, Kid and Wise. A portion of the proceeds will go to the Boys & Girls Clubs of America, an organization James has long supported.

James was very hands on in the project–overseeing the production, voicing one of the characters (Business) and filming live-action introductions. “His schedule is obviously very busy so it always wasn’t very easy but it was important to [James] and it was important to us,â€ said Dan Goodman, co-founder of Believe Entertainment Group.

HP and Intel are co-sponsors of the show.

Shawn Carter, better known to the world as Jay-Z, flexes his business acumen; stepping into yet another arena–web content. His company SC Enterprises launched a new site Life + Times, which covers art and design, style, music, leisure, technology and sports. The site even doubles as an album-promo site. As editorial director, Jay works with an intimate staff to produce content based on what he likes.

How to Keep Your Customers Happy