During his third speech on the economy this week, President Obama expressed sympathy for Americans who feel frustrated by slow economic growth and an unemployment rate that continues to hover above 9% despite his efforts to stimulate a long-term recovery. At the same time, he counseled patience, admitting that progress has been slower than even he’d like.

“For all of the progress we’ve made, we’re not there yet,â€ Obama said during a televised press conference on Friday. “Since I’m president and the Democrats have controlled the House and Senate, it’s very understandable that people are saying, ‘What have you done?’â€

According to Obama, the economic crisis has been so deep and so wide that his initiatives have not had enough time to take full effect. But he also laid part of the blame with Republicans, claiming that they’re playing politics and prefer to for give tax relief to millionaires and billionaires and corporations that ship American jobs overseas instead of the nation’s small businesses and struggling middle class that need it most.

“The Republicans are holding middle-class tax relief hostage because they’re insisting we have to give tax relief to millionaires and billionaires,â€ said Obama, who wants to end tax cuts for incomes above $250,000. However, his former budget chief, Peter Orszag, suggested in a recent New York Times opinion piece that extending tax cuts for everyone for two more years might be more politically expedient.

The president also cited initiatives announced earlier this week to rebuild roads, railways and runways, which he said would help the U.S. remain competitive with foreign nations that have already moved forward with investments in projects like high-speed railroads. He also proposed tax cuts that would enable small businesses to upgrade their plants and equipment and encourage large corporations “to get off the sidelinesâ€ and start using their profits to create jobs.

“I will keep on trying to stimulate jobs and growth for as long as I am president of the United States,â€ Obama said. 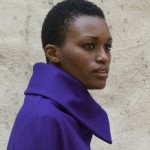