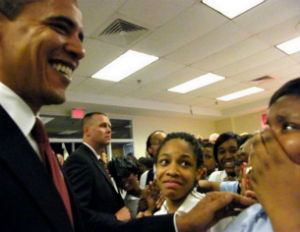 The president will make the announcement after touring a Mooresville, N.C. middle school, which administration officials say has improved its test scores and graduation rates through digital learning.

The average U.S. school has a slower internet connection than the typical American home and many cannot stream a web video in multiple classrooms at the same time, according to the White House.

AARP and SBA Share Advice on Entrepreneurship for the 50 Plus