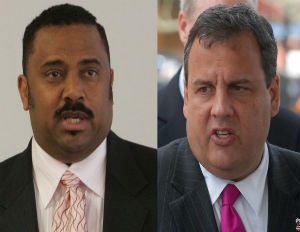 “The White House called and said they were coming to Atlantic City,” Langford told the N. Y. Daily News, “and I think the governor changed that and decided to go to Brigantine instead…that shows how petty he is, number one. And racially insensitive, number two. And politically myopic, number three.â€

The vitirol between the two has flowed both ways.Â During an Oct. 9 speech in Jersey City, the governor said Langford “has failed, and he’s impossible to work with in any kind of significant way.â€Â Their on-going beef was evenÂ spoofed onÂ Saturday Night Live.