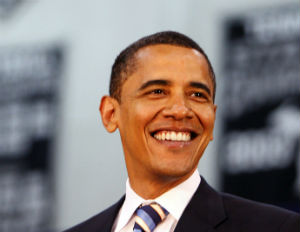 After a brutal week and a half in the national polls that showed President Obama losing almost all of his leads following his poor debate performance, the president may be starting to bounce back:

One poll, fromÂ ABC News and the Washington Post, shows Obama leading Romney 49 percent to 46 percent, little change from their survey in late September that showed Obama up by 2 points. Thirty-seven percent of likely voters have a more favorable view of Romney following his performance in the first debate in Denver, compared with a mere 8 percent who now have a more positive impression of the president. But 72 percent said the debate did not change how they view Obama, and 47 percent indicated that their views of Romney were unchanged.

Likely voters give Obama the edge – by varying margins – on a slew of policy areas: the economy, international affairs, taxes, health care and Medicare. As has been shown by a number of national polls, Romney’s only advantage over the president is with the federal budget deficit. By a 9-point margin, likely voters prefer Obama over Romney to handle an unexpected major crisis.