Obama May Meet With Mandela During Upcoming Trip to Africa 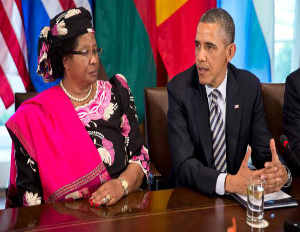 On Wednesday, President Barack Obama will embark on a week-long trip to Africa, his longest trip to the continent since taking office.

The president will be seeking more opportunites for U.S. businesses in Africa where China and other emerging economies have been doing well.

Learn How to Give a Toast in Different Languages