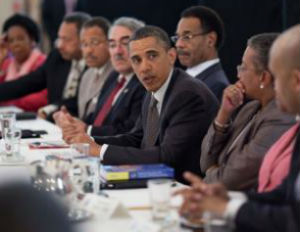 According to a new poll conducted by Gallup, business owners disapprove of President Obama’s job performance in office.

The 35 percent number is down six percentage points from the first quarter of 2012.

The poll shows that the overall decline for Obama’s job performance came between the months of March and April.

To learn more about these poll results, click here

Preview Our World: Is Today’s Social Activism a Movement, or Just a Moment?