Obama Scrutinized For 'Accent' While Speaking to Black Crowd 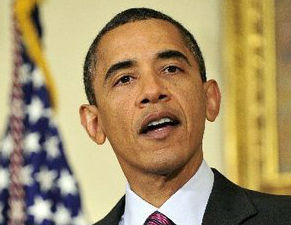 President Barack Obama is being criticized by right wing media for a video that surfaced on the Internet of him using an “accent” while speaking to a majority black audience.

The Daily Caller‘s Tucker Carlson said, “”Let me just be totally clear for anyone who just watched it and who has seen Obama speak in public over the last ten years will note, this accent is absurd.”

But the president is also being scrutinized for comments he made about the Bush administration’s response to Hurricane Katrina. In a 2007 speech to the historically black college, Hampton University, President Obama reportedly told the crowd, “The federal government doesn’t like you because you are black.â€

In an article, Zerlina Maxwell from the New York Daily News shares thoughts on the right media’s commentary on the president’s comments.

Voter ID Laws: Know Your Facts And Your Rights