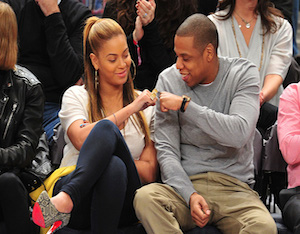 With all the rumors about an alleged impending divorce in the marriage between Beyonce and Jay-Z, it’s time to weigh in on what happens to the fortunes both superstars have amassed over the length of their respective spectacular careers.

BlackEnterprise.com has heard nothing even remotely close to hard evidence that one of America’s top 10 power couples is heading to splitsville, but as you know, haters are out there and hard at work, and so this story simply refuses to lose traction.

Beyonce and Jay-Z’s meteoric and heavily documented rise to the top over the past 12 years makes it just good business to cultivate their carefully crafted public image; it’s simply in their best interests to do so.

So as the speculations continue to make the rounds, we asked Lori Anne Douglass, a partner with the law firm Moses and Singer and a specialist on trusts and estates as well as matrimonial and family practice, what would happen to all that cheddar if Bey and Jay did decide to legally part ways.

Douglass says the world still doesn’t even know if the Carters even signed a prenuptial agreement. So, without a prenup to go by, it’s tough to speculate how their wealth will be divvied up.

“I would assume Beyonce and Jay-Z have a prenuptial agreement and even if they don’t, I can imagine they’ll work out the money,” Douglass says. “He’ll probably keep his wealth and she hers. Her net worth is about $400 million and his is a little bit more because he’s about 13 years older maybe $700 million. My guess is they’ve never even co-mingled any of their assets.”

She adds that both players would be relatively financially unscathed if there’s any substance to all this divorce talk. “Jay and Bey are both star powers and if one of them was and the other wasn’t there would more to this story. In this case it’s just a sad destruction of BeyoncÃ© and Jay-Z.”