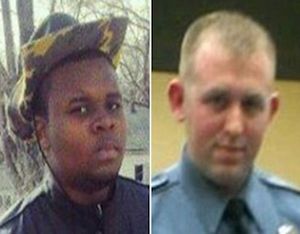 A host of states across the country are protesting the unanimous verdict to not indict Darren Wilson over the fatal shooting of Michael Brown. Citizens from Los Angeles to New York have gathered together to create numerous hashtags in order to urge others to boycott this upcoming Black Friday.

Blackout For Human Rights’ recent YouTube video—which is not safe for viewing at work—was the first gauntlet launched to let millions know that we cannot take this injustice lying down while wearing a smile. The activist group, started by director Ryan Coogler (Fruitvale Station), has helped to push the hashtags #BoycottBlackFriday, #NotOneDime, #DontRiotDontBuyIt, and countless others in the midst of the unarmed teen’s death by police officer Darren Wilson. As these trends continue to gain traction on-and-off the web, the Officer Wilson’s grand jury ruling has reignited a national conversation about race, injustice, and being Black in America.

“The only tool to fight against this is [on] the economic side,” Carlos Howard of the Hampton Roads Leadership Council in Norfolk, Va., said on Facebook. The overall message from those on Twitter and Facebook to Blackout For Human Rights is to galvanize economically and create dynamic change in the American Justice system when it comes to law enforcement versus the citizen.

According to Nielsen data, Black consumers have a buying power of $1 trillion and it is forecast to reach $1.3 trillion by 2017. Black consumers also make an average of 156 shopping trips each year compared with 146 for the total market.

Check out members of the Twitter community who are pushing for a boycott of Black Friday shopping holiday.