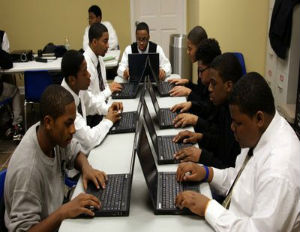 Rock claims it’s more important to teach ex-cons entrepreneurial skills rather than job-seeking skills. He targets not only ex-offenders, but also former gang members and others “on the margins.” On the organization’s website, it states their goal is to create 1000 new entrepreneurs -Â 100 per city in 10 cities.

In a recent essay in the Christian Science Monitor, Rock writes:

Today’s economic climate allows employers their pick of candidates, leaving few options for anyone with a record. Young black men, who’ve had no brushes with the law, still routinely face real barriers in getting on a job ladder’s lowest rung.