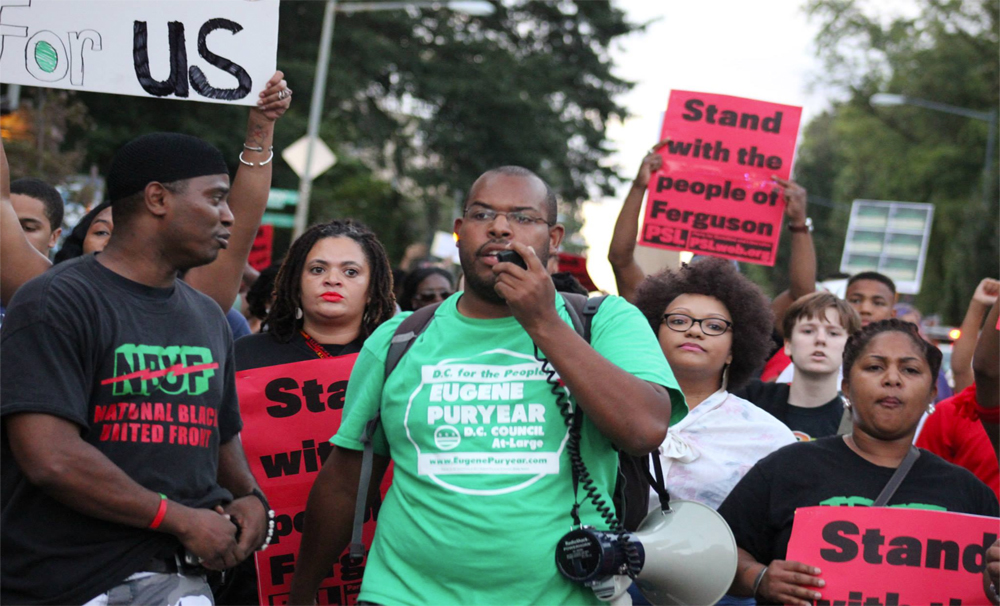 “Eugene Puryear is a Washington, D.C.-based activist with a passion for bringing justice to the oppressed and underserved.

As a high school student in Charlottesville, Va, Eugene organized a walkout when the war in Iraq began in 2003.

Upon arriving in D.C. in 2004, Eugene immediately joined the anti-war movement, helping to organize the large-scale demonstrations that took place against the continuing U.S. war and occupation of Iraq and Afghanistan. He was a key organizer of the first demonstration outside Jena for the Jena Six in 2007; was a founder of the Jobs Not Jails coalition and DCFerguson Movement in Washington D.C.; and is the author of the book “Shackled and Chained: Mass Incarceration in Capitalist America”.

Eugene is a #BeModernMan because he selflessly fights on the behalf of others.”

The Black Enterprise team  commends you Eugene for being a great example of a BE Modern Man!

Is Darrelle Revis the NFL’s Most Savvy Negotiator?

A Founder of the Eagle Academy Foundation Is Honored