No Debate: As 2012 Race Heats Up, So Does Business For Young Professionals 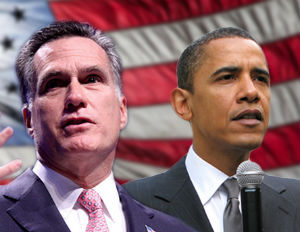 Now, Brian Benjamin just waits for it. Take that day not long ago at a golf course in Orange, New Jersey for example. The businessmen he was introduced to seemed more interested in birdies than talking business — more interested in making putts than making plans. But when Benjamin, a real-estate developer for Genesis Companies, was introduced as a young man who had raised hundreds of thousands of dollars for Barack Obama, heads turned. It is the reaction he’s become used to.

Four years ago, Benjamin, now 35, had simply sought to throw a fundraiser for the slightly-built senator from Illinois. After a host of them — after starting his organization Young Professionals For Change — he raised over $200,000 and was a delegate at the Democratic National Convention in Charlotte. The Harlem pol Inez Dickens tapped him to lead her finance committee for re-election to the New York City Council. He is a commentator on Fox News and has leveraged his visibility, networking and knowledge to grow business at Genesis, where he is a partner.

“When I think of what’s possible now, it’s broader than it used to be,â€ Benjamin says.

When President Obama and former Massachusetts governor Mitt Romney square off in tonight’s presidential debate in prime time, it will mark one of the first occasions for social activity around a major political event. And from now until election day, socializing and networking has broad implications for young professionals around the country in the private and public sector.

Debate gatherings and fundraisers aren’t just fertile ground for business and networking, but are to political junkies what the playoffs are to sports fans, says Diane Lucas, a Harvard-educated criminal defense attorney in New York.

“For those last few games, lots of sports fans would rather watch the games at a sports bar to get excited and geared up,â€ Lucas says. “Supporters of the president feed off of that energy, too. We’re getting ready to fight and get excited. At the end of the day, this is a pep rally and people are ready to go.â€

Trashed: 4 Cover Letter Mistakes that Lead to the Delete Key