Founder and chairman of Portland Holdings Inc., a privately held investment company in Burlington, Ontario, Jamaican-born Michael Lee-Chin started investing at age 32 and used the proceeds to acquire AIC Limited, which he grew from $1 million in assets to $15 billion. The billionaire has shared his value-investing principles with investors around the globe. 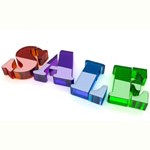 How to Sell Your Online Business