No. 24: Bill Mays, The King Of Chemicals - Black Enterprise A business pioneer, William G. Mays launched Mays Chemical Co. Inc., now one of the nation’s largest chemical distributors, in 1980. Mays’ empire includes media, restaurants, and real estate. The intrepid entrepreneur has also been a leading black angel investor, providing capital to a slew of minority businesses including Chemico Mays L.L.C., a newcomer to the BE 100s.

Tech Insider: 4 Things to Consider Before Buying a Smartphone 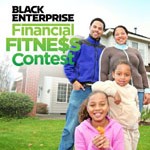