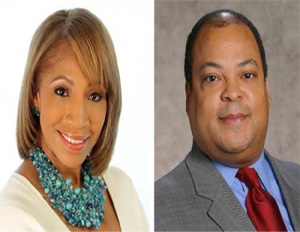 Both teams are part of the company’s External Affairs group.”I am pleased to announce Cheryl and Don’s expanded roles,â€ said Karen Kornbluh, executive vice president, External Affairs. Elevating our presence and enhancing our reputation and influencer relationships with multicultural communities and government officials is vital to our growth and our ability to effectively serve our diverse clients and their needs.â€

Pearson-McNeil will be responsible for increasing Nielsen’s brand awareness among multicultural nonprofit organizations, leaders and consumers. She will also oversee the company’s philanthropic relationships and sponsorships with multicultural organizations across the U.S. and will continue to lead Nielsen’s multicultural advertising and communications strategies.

Lowery will continue to serve as Nielsen’s main envoy to Washington D.C., representing the company in front of a variety of governmental and regulatory bodies on relevant federal, state and local government issues. He will engage with public officials who have an interest in Nielsen’s activities and monitor legislative actions carried out by these interested parties.

Before joining Nielsen, she was director of station relations for the NBC affiliate in Chicago and headed the marketing and communications departments for several multi-million dollar non-profit organizations, including The Boys & Girls Clubs of Chicago, The YWCA of Metropolitan Chicago and the Girl Scouts.

Lowery most recently held the position of senior vice president, public affairs and government relations. Before joining Nielsen, he worked in a variety of industries, including newspapers, television, financial services and public relations. He worked for several newspapers as a general assignment reporter before joining the Boston Globe in 1980 as a business reporter, specializing in financial and economic news. In 1994, Lowery joined the New England Patriots Football Club as Vice President of Public Relations and Community Affairs and later as Vice President of Player Development and Community Affairs until March 2002.

How To Blow The Whistle On A Tax Cheat