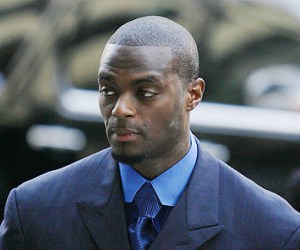 NFL starÂ Plaxico BurressÂ recently auctioned off his house in order to pay a judgement a car crash victim had leveled against him, TMZ reports.

Plaxico was ordered to pay $159,000 last year to a woman named Alise Smith, who sued him in 2008 after he rear-ended her in his Mercedes.

When Plaxico failed to pay the judgement the DMV suspended his license, and a judge ordered him to sell his mansion to settle his debt. The house was sold at auction for about $480,000 and he used the money to settle with Smith.