Why the NFL's Rooney Rule is a Sham 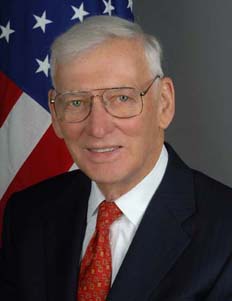 Daniel Milton Rooney, chairman of the Pittsburgh Steelers. He is credited with promoting the "Rooney Rule," a requirement that NFL teams with head coach and general manager vacancies interview at least one minority candidate.

Corrective action must be taken immediately to reverse course or we risk never seeing a new crop of African American coaches or executives anytime soon.

The pipeline of offensive and defensive coordinators has dried up. This has traditionally been the primary recruitment pool for which head coaching positions have been filled. Currently, the only black offensive coordinator is former Indianapolis Head Coach Jim Caldwell who served in this position for the Baltimore Ravens Sunday as the team won Super Bowl XLVII. His play calling was absolutely instrumental in the success of the Ravens in the last third of the regular season and throughout the playoffs. However, it is ironic that even he will not start next season as a NFL head coach or general manager.

In corporate America, effective diversity policies only work if there’s a mechanism for accountability or consequences for noncompliance. Leadership in this area must be mandated at the top with CEOs who have infused diversity as a essential part of the corporate culture and tied such hiring and promotion practices to executive compensation packages.

As consumers and fans, we, too, have a role to play.

We cannot sit on the sidelines and cheer…and let qualified African Americans be denied access to senior management positions in a professional sport where we disproportionately dominate on the field. We cannot afford to be distracted by the outsized success and contracts of a few superstars and be lulled into believing that it translates into opportunities for all. We cannot let our excellence on the field be taken for granted. We must ensure that the same access to become managers, executives, sportscasters, etc. that for decades have been the domain of white male former athletes is also granted to African Americans who have made huge contributions to the sport.

We must let our voice be heard. It is our responsibility to hold the NFL and for that matter all professional and collegiate sports accountable.

NFL: You are hereby placed on probation. We will now be watching with greater interest your actions off the field than your plays on the gridiron.