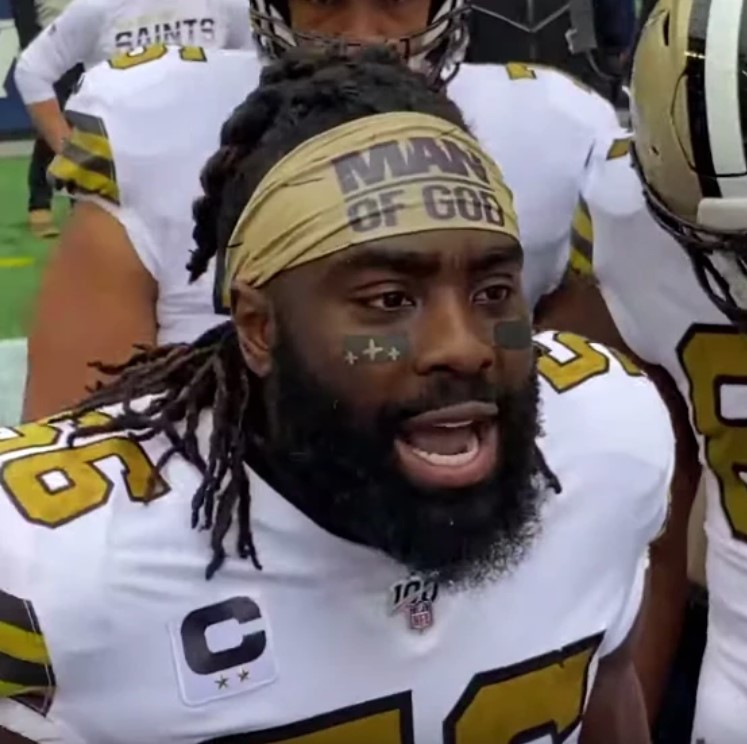 Being punished can end up being a good thing. According to ESPN, New Orleans Saints player Demario Davis, who was penalized for wearing a headband that stated, “Man of God,” won his appeal and donated the amount of his fine to charity.

Davis won an appeal over a $7,017 fine given to him from the NFL for wearing, what they call, a religious headband. According to the NFL’s uniform policy, it prohibits players from wearing, displaying, or conveying personal messages in writing or illustration unless the message is approved in advance by the league office. Davis says he wasn’t fully aware of the policy and hasn’t worn the headband since. The NFL usually rescinds fines when a player demonstrates an understanding of the rule and compliance moving forward, a league source told CNN.

Davis has been raising money to help St. Dominic Hospital, where his mother once worked, expand its emergency department.

The linebacker took to his Instagram account to share his enthusiasm, “WOWWW look at this!! So my agent just told me that I won my appeal and won’t have to pay the headband fine!! Then I see that St. Louis King France came together today to support the movement! Won’t he do it! Look at all these beautiful children of God!

Always glory above so I’m taking every penny of that original $7,017 fine and donating it to @stdomhospital anyways. So far, we’ve raised over $30,000 for them from the headbands!! That means yall helped me turn a $7,000 negative into an almost $40,000 positive benefiting people who truly need it!!! Do y’all see how that worked?? Let’s gooooo. That’s crazy! Ya’ll are a part of this journey too!! I can’t thank ya’ll enough either. We on a mission over here obstacles are meant to be conquered!! I’m truly blessed as anybody.

Get your headband at: bit.ly/56manofgod“

How To Get A Business Credit Card