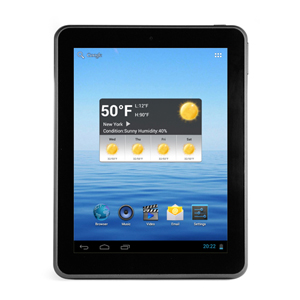 The Nextbook Premium 8SE doesn't have all the capabilities of a more expensive tablet, but it does give those devices a run for their money (Image: E Fun Inc.)

Are low-cost Android tablets worth your hard-earned dollars? Last year the answer would have been an easy “noâ€ but a new wave of cheap tablets like the $169 Nextbook Premium 8SE is slowly changing the answer from a hard “noâ€ to a firm “maybe.â€

Last year $250 would have bought a frustratingly slow Android tablet with a weak processor, an unresponsive resistive touch screen and an old version of the Android operating system (OS) meant for smartphones. The Nextbook Premium 8 SE from E-FUN Inc. comes with Android 4.0 (a.k.a. Ice Cream Sandwich), the newest version of the OS and its eight-inch capacitive touch screen proved responsive and snappy when tested with common tasks.

The medium-powered tablet has a single-core, 1GHz ARM Cortex-A8 processor as opposed to the muscular dual-core processors found in more expensive tablets, but was robust enough to handle processor-intensive games like Angry Birds, which can cause weak tablets to crash.

The Premium 8SE’s 4GB of internal data storage can be expanded by using its microSD card slot, which accepts removable memory cards with capacities of up to 32GB. The sturdy tablet is 0.45 inches thick–not as svelte as some expensive tablets–but is comfortable to hold in the portrait or landscape position.

When tested, the display proved to be sharp enough for comfortable Web surfing, e-book reading, e-mail management, Angry Birds shooting and other common tasks. Photos had reasonably accurate colors, but don’t expect the smoothness or rich colors of higher-priced tablets.

Click here to read more about this affordable tablet…

Black Blogger Month: From Ashy to Classy, The Culture Connoisseur