For six years in a row, The Institute for Diversity and Ethics in Sports (TIDES) has given the National Football League an A for its racial hiring practices.

Currently, there are six people of color with head coaching positions in the NFL and seven African American general managers among the 32 teams. Of the six coaches, four of them made it to the playoffs last year including Carolina Panthers coach Ron Rivera, Cincinnati Bengals coach Marvin Lewis, Detroit Lions coach Jim Caldwell and the Pittsburgh Steelers coach Mike Tomlin. When it comes to people of color holding other leadership positions in the league, the NFL had an increase from 11.5% in 2014 to 13.7% in 2015 for people of color serving as vice president, as well as a slight increase in people of color who serve as senior administrators and players.

“There has been considerable concern among NFL officials and advocates for increased head coaching opportunities for people of color, as there were only five people of color in head coaching positions in 2014,” said Richard Lapchick, who serves as director of TIDES and the primary author of the report. “This year provided some encouragement as one coach of color was hired resulting in six people of color as head coaches at the start of the 2015 NFL season. However, this remains below the all-time record which was eight coaches of color in 2011.”

In addition to racial hiring practices, TIDES also graded the league on the number of women they hire. While the league experienced a substantial increase in score from 69% in 2014 to 75% in 2015, TIDES final grade of a C plus shows that there is still room for improvement.

“The gender grade takes on special significance in this year for the NFL in light of the Ray Rice story,” said Lapchick. “While there still is a long way to go, the gender grade increase of 6 percentage points and half a letter grade overall is significant.”

Earlier this year, the Arizona Cardinals added a woman to their coaching staff in what is believed to be an NFL first. Jen Welter worked with the teams inside linebackers throughout training camp and preseason. 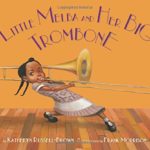