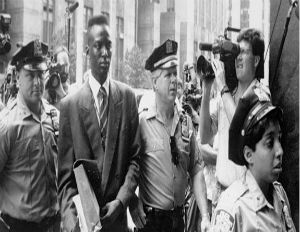 On April 19, 1989, a white woman was raped while jogging in Central Park. Five black and Latino teenagers Â — Antron McCray, Kevin Richardson, Raymond Santana, Kharey Wise and Yusef Salaam — were arrested and convicted for the crime.Â It was one of New York City’s highest-profile criminal cases.

The youth were later proven to be innocent. Another man, Matias Reyes, 31, admitted to the crime in 2002 and DNA evidence corroborated his confession. The five men wereÂ exonerated, but only after spending years behind bars.

A new documentary The Central Park Five:Â The Untold Story Behind One of New York City’s Most Infamous Crimes, which opened in New York on Nov. 23, revisits that night and how the New York Police Department investigators and court officials handled the evidence.

Real vs. Delusion: What to Expect From Your First Job