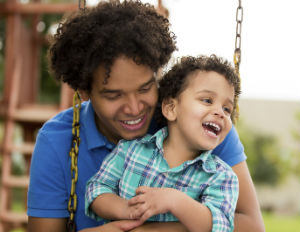 The Leadership Conference Education Fund has surveyed hundreds of black and Latino families “to include people of color in the education policy debate,â€ says Wade Henderson, the organization’s president and CEO.

[Related: The Upper-Middle Class Looks Out for Itself]

Although the survey captures the beliefs and concerns of black and Latino parents, it’s doubtful that their children’s new majority status in public school will provide them the political clout they need to effect change.

Henderson said in a press call that the Every Student Succeeds Act, which President Obama signed into law in December, isn’t “perfect but represents a real opportunity for states and provides a measure of transparency.â€

So one immediate policy change should be greater academic rigor.

Two, black (55% of African American parents surveyed) and Latino (56%) parents believe they have the power needed to change the system. I would argue that that may not be true. Political power in this country is a byproduct of affluence, influence, and position–in other words, social capital.

Affluent districts have more than just better facilities. They have a college-going culture that is supported and driven by well-connected, well-resourced parents. The political power of the upper-middle class is pretty formidable and utterly self-serving.

Without marrying a college-going culture to political power, even equitable funding–though a necessary start–doesn’t make the difference in low-income schools that it could.