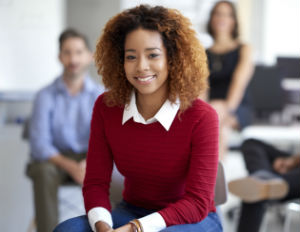 An ambitious new crowdfunding platform aims to do more than just host a fundraiser for your next great idea or business; it teaches you how to build a winning and profitable campaign.

Freudon, the world’s first 360Â° crowdfunding platform designed for the specific needs of youth and millennials ages 16-35, launched in spring 2016. It has already raised over $100,000 for its entrepreneurs within its first month. The global company works with international startups, spotlighting the critical need to empower youth to enter the world stage with their ideas and stories.

Millennials are eager entrepreneurs. A study by Bentley University found that 67% of millennials would like to start their own businesses. They favor the freedom, control, and huge potential associated with entrepreneurship and creating new businesses. In fact, many millennials are leaving the corporate world for just these reasons. What’s more, this generation also has a deep-seeded distrust of major institutions in general. A study from Harvard found that, of the 10 major societal institutions, only the military and scientists were spared from the millennial side-eye.

Reportedly 70% of crowdfunding campaigns fail. Freudon claims its remedy for this is through an ever-growing network of experts who guide each user through the process of building their campaign. At a highly competitive rate of four percent–less than most popular sites which normally charge a five to seven percent fee–Â Freudon provides hands-on, one-on-one advice for everything from video creation, content of project pages, rewards, graphic design, communications and vision, and strategy for expansion.

Among some of the business on Freudon.com include the BVKit, a business based out of Uganda, Africa, created by five college women, which provides a mobile app and hardware that tests for bacterial vaginosis.

The kit offers early detection and prevention of cervical cancer as well as a means to improve overall reproductive health for women in areas of limited medical access and high levels gender related social stigmas.

Freudon seeks to address critical problems that hinder social good on a global level. Studies show that persistently high youth unemployment presents one of the biggest factors and most severe challenges for youth and millennials to overcome in today’s societies. In fact, the United Nations addresses this issue within its 17Â Sustainable Development Goals (SDGs).

According to the site, Freudon believes that, in addition to public sector action, the private sector must also address these challenges by bridging the gap between youth and new, successful businesses.

Olympic Stamina: 3 Tips to Overcome Career Obstacles Like a Superstar

Honoring Giftedness in the Black Community