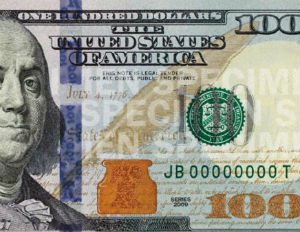 The new $100 dollar bill has made its way into circulation in an attempt by the Federal Reserve to thwart counterfeiting. The new bill features a few new security measure that will make it harder to replicate.

Uptown Magazine highlights a few of the new features in the front of the bill.

The back of the bill has also changed to include the image of Independence Hall and a larger denomination indicator. Three billion bills went into circulation.

How Two Women Live on $32k in Waco, Texas and Brooklyn, NY