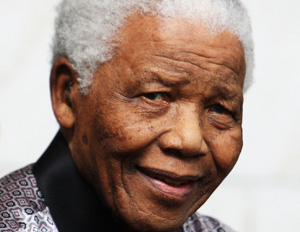 Family members visited the country’s first black president in the hospital, where he was being treated for a recurring lung infection, the government announced. Mandela, 94, was hospitalized on Saturday.

The anti-apartheid hero has been hospitalized several times in recent months. During his last extended hospital stay in April, doctors diagnosed the former leader with pneumonia and drained fluid from his chest.