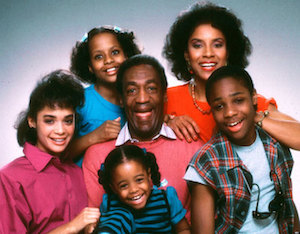 Things continue to get worse for Dr. Bill Cosby, as NBC has pulled their support for the comedian’s return to television, and TV Land yanked all syndicated repeats of The Cosby Show.

Confirmed yesterday by a TV Land spokesperson, Bill Cosby is facing a huge amount of backlash pegged to allegations of rape against the legendary funny man. Netflix also postponed their debut of its Bill Cosby ’77 stand-up special around the same time as when Joan Tarshis went public with her accusations.

Cosby continues to be mum on the mounting charges against his character, as several women, including one from when he worked on The Cosby Show, continue to offer their assessment of the misdeed. On Tuesday, former supermodel Janice Dickinson became the latest name to accuse Cosby of sex abuse. While the actor, educator, and family man has refused to respond to any of the assertions, his silence has cost him immeasurably when it comes to his “best work ever”.