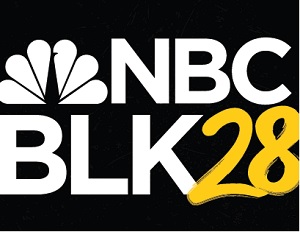 In honor of Black History Month, NBC has rolled out their inaugural list of modern day history makers who are using their platform to break stereotypes and redefine what it means to be black in America today.

Under their new NBCBLK platform, members of the NBC News broadcast and digital teams have selected 29 millennials, all under the age of 28, to be a part of their new initiative known as NBCBLK28.

“I wanted to find people whose accomplishments and work were aligned with our mission,” NBCBLK Editor Amber Payne told BlackEnterprise.com.

Elaborating on her goal to showcase household names and unsung heroes of today’s culture, Payne says she reached out to contributors and other members of the NBC team in November to get a solid list of industry game changers. Using the hashtag #NBCBLK28, a new profile will be rolled out every day in February spotlighting entrepreneurs, policy makers, athletes, entertainers and activists who are using their platform for a greater good. And since this year is a leap year, NBCBLK has added a 29th honoree.

“I really like the cross section of people that we have, and many of them stem into different lanes,” says Payne. “They’re artists but also entrepreneurs. They’re entertainers and actors but also activists, and they are able to make an impact across industries.”

A few notable faces on the list include actor and activist Zendaya Coleman, actor Michael B. Jordan, athlete Cam Newton, actor and activist Amanda Stenberg, and athlete Stephen Curry along with his wife Ayesha Curry. But it’s individuals who may not be considered a familiar face to some, who Payne hopes will earn proper recognition after appearing on the list. For example, the youngest and first mayor of color for Ithaca, NY, Svante Myrick, is featured on the list alongside The Shade Room founder Angelica Nwandu, the Co-Chair of New York City Young Women’s Advisory Council Cherno Biko and more.

Click here to see the full list of modern day history makers and be sure to follow the hashtag #NBCBLK28 for chats and social media takeovers with the honorees.