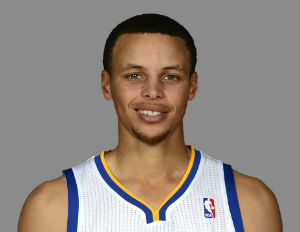 Stephen Curry is making his mark on and off the court this season. He is Under Armour's newest signee.

Under Armour and the NBA have reached an agreement allowing the league’s players to wear their team’s licensed apparel to promote the Baltimore-based brand’s footwear.

The NBA also announced it was renewing its partnership with Sears, which will sponsor the Shooting Stars competition.

“Sears provided this opportunity to a Shop Your Way member last year, marking the first time that a fan presented a State Farm All-Star Saturday Night event award,â€ the league said in a release. “This lucky Shop Your Way member also will have the opportunity to take photos with Sears Shooting Stars participants prior to the contest, receive tickets to NBA All-Star events, and meet an NBA legend.â€

The competition’s championship trophy will be presented to the winning team by the contest winner.

Top Expert Tips on How to Save With Coupons