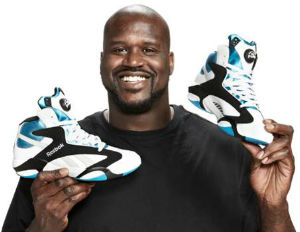 NBA players are spotlighted in the media for the millions they earn on the court as well as the misfortunes that befall them post career. There are countless stories about ex-players like Allen Iverson and Antoine Walker who blew away all of their fortunes.

It is reported that 60 percent of NBA players file for bankruptcy five years after retirement. Sports Illustrated cites risky investments, misplaced trust, family problems and providing for an athlete’s friends as the main reasons why players go broke after retirement.Â In other words, pro athletes are not well equipped to handle their finances.

Athletes are often approached with deals–especially start-up and early stage ventures–because they are qualified high net worth individuals. “But most of the time these deals are not scalable, profitable enterprises in the long run,” says Marc C. Mathis, managing director of the Mataron Development Group, who works with programs dedicated to educating and bringing active and retired athletes into the entrepreneurial ecosystem.

Several NBA veterans have found post pro-ball success in the business arena, including former All Stars Earvin Magic Johnson, Jamal Mashburn and Ulysses Junior Bridgeman. These ballers have proven they can be just as lucrative with their off-the-court skills as their on-the-court talents. For many athletes, franchising, especially in the food and quick-service restaurant industry, has afforded them the greatest business opportunities.

Michael Stone, an NFL safety for seven years, believes the franchise world can provide former athletes a safe way to ease into their post-sports life. That is why he formed the Professional Athlete Franchise Initiative. Launched in 2011, PAFI, in partnership with the International Franchise Association, helps prepare athletes for a second career in franchising by hosting an annual summit and providing educational certificate training workshops. There are also mentorship and apprenticeship programs.

Stone says that professional athletes are taking huge risks of injury or declining skills every time they suit up for a game.

“We all know that athletes have a very small earning window and it is very important that they do not take huge risks with the nest egg that they have earned. Athletes are entrepreneurial in nature. For many the high risk of starting their own or investing in an untested venture ends up placing them in financial hot water,â€ he explains.

Franchising offers a way for athletes to operate as an entrepreneur while mitigating some of the major risks associated with starting a business from scratch, he adds.

“By allowing athletes to leverage a brand’s operational manual, pre-existing branding, track record and support, franchising helps many athletes get into business for themselves but not by themselves. ”

Stone believes franchising is uniquely suited to the skill sets of professional athletes.

“It’s a good fit, because franchising parallels sports,” he says. “Athletes are executors. You follow prescribed movements put together by a coach and organization to win a ballgame. In franchising, you have the game plan and business model put together by the franchisor. Like an athlete, the operator has to come in and execute the plan.”

PAFI has charter membership and alliance partnerships with franchisors, suppliers, and organizations such as the National Basketball Retired Players Association. It’s a win-win in that athletes get a stable post-sports career; the companies get franchisees with deep pockets and built-in publicity.

From ballers to businessmen, here is our All Star list of NBA players who are successful franchise owners.