With issues regarding the effects of the coronavirus still up in the air and with no direction to where it is heading, the NBA and the players union are going into discussions about withholding pay if the season is eventually canceled according to ESPN.

Although league officials and personnel are optimistic that the season will return in the summer, the league has started to seriously consider alternative scenarios due to the ongoing coronavirus pandemic. One of those issues is the players’ salary. The NBA and National Basketball Players Association are talking about scenarios that will withhold up to 25% of players’ remaining salaries in a league escrow should the regular season games eventually be canceled.

The collective bargaining agreement (CBA) states that players lose approximately 1% of salary per canceled game, based on a force majeure provision, which covers certain catastrophic circumstances, including epidemics and pandemics. Once games start being canceled, the force majeure is automatically triggered under the language of the CBA.

If there is no agreement between the NBA and NBPA on beginning to withhold a percentage of players’ salaries with the April 15 paychecks, players would continue to be paid in full on a normal timetable. But, under CBA guidelines, players would be required to pay back the salary later, based on a formula of canceled games for a player’s individual team and salary.

If the NBA enacts the force majeure provision, it would give the league the option within 60 days of reopening and renegotiating the CBA with the players’ union, which is currently set through 2025. The league has expressed that they have no interest in triggering this option under the current circumstances, sources said.

NBA commissioner Adam Silver and approximately 100 of the NBA’s top-earning league office executives have taken a 20% reduction in base pay last week, sources told ESPN. This change is expected to continue through the rest of the suspended season. 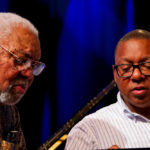 Ellis Marsalis Jr., Jazz Great and Father to Wynton and Branford Dead at 85 Due to Coronavirus 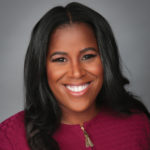