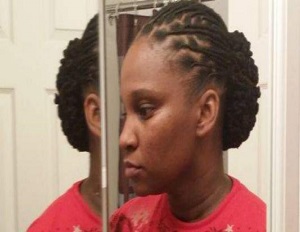 After much criticism, it seems that the military still doesn’t have a clue when it comes to its regulations on black women hair.

Last week, Jessica Sims, a sailor and 12-year veteran of the Navy, confirmed that she was being released from her position for “disobeying a lawful order.” Sims’ chain of command at Recruit Training Command Great Lakes in Illinois ordered her to cut her dreadlocks in April and after refusing to comply, Sims was discharged from the Navy. Prior to Great Lakes, Sims says she never had an issue with her hair as she spent seven years as an instructor at Navy Medicine Training Support Center at Fort Sam Houston, Texas, The Basic School at Quantico, Virgina, and Field Medical Service School at Camp Lejeune, N.C.

The Navy says that Sims’ “bulky hair” makes it difficult to wear a gas mask, hard hat or firefighter ensemble properly, but according to Sims her hair has never gotten in the way of her wearing any safety equipment.

The military has been under fire for the past couple of months over hair restrictions, that many members say is racially biased against African American women. After releasing its appearance and grooming regulations in March of this year that prohibited certain braiding and twisting hairstyles as well as dreadlocks of any kind, thousands of soldiers signed a White House petition calling on the president to order the army to reconsider its hair regulations. Earlier this month, Army Times reported Defense Secretary Chuck Hagel saying that popular hairstyles among African American women will be more accepted across the military, and that each service was “[reviewing] its hairstyle policies to ensure standards are fair and respectful while also meeting military requirements.”

These updated military hair regulations are, however, still discriminatory and Sims says she’s happy that she took a stand.

“I won’t be the last one standing up fighting for this issue,” she says. “I have faith in our junior sailors because they are the future of our Navy, and the majority of them were supporting the right thing.”

With her discharge from the Navy, Sims plans to enroll in classes at Loyola University of Chicago and major in biology as a pre-med student. 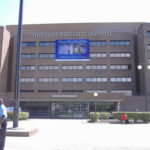