The Nationâ€™s Black Teachers Speak Out 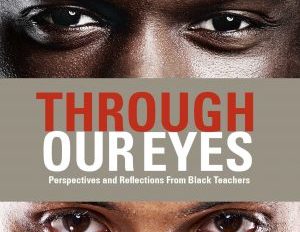 Image: Courtesy of the Education Trust

The child was out of control, acting out by throwing a chair. However, later in the hallway, the principal–who is white–put her arm around him and called him her pal. My sister, an educator who has taught for more than 30 years and a substitute teacher in his class, approached the principal about the severe behavior problems. But, instead of considering my sister’s concerns and suggestions, the principal reacted defensively.

“I am personally offended,â€ she said. “This is an affront to my leadership.â€ It was then that my sister understood; it wasn’t about the kids for this school leader. “This is a job for her,â€ my sister told me. “She goes home to Long Island at the end of the day, and her job is done.â€

I thought of what my sister had related to me, after reading a report just released by the Education Trust, Through Our Eyes: Perspectives and Reflections from Black Teachers.

Black teachers make up only 7% of the U.S. teaching force. Although there has been conversation lately about the need to diversify the nation’s teachers, it’s unclear what’s been done to retain black teachers, who leave the profession at higher rates than their non-black peers.

The aim of the Ed Trust was to find out why and to understand the unique experiences of black educators.

According to the report, black teachers:

“A Continuity of Experienceâ€

Ashley Griffin, interim director of K-12 research at Ed Trust, met personally with all 150 teachers who participated in the focus groups, which formed the basis of the report. Focus groups were held in four regions of the country and in urban and rural districts. Yet, Griffin says the teachers described similar experiences. “Across the country, there was a continuity of experience,â€ Griffin says. She also notes that black teachers’ strengths tended to devolve into stereotypes that then creates a “stuck spaceâ€ for them, which they experience “not just at the hands of teacher colleagues, but with parents and administrators, as well.â€

Griffin stressed the need to not only diversify the teacher corps, but to create climates where black teachers are professionally supported.