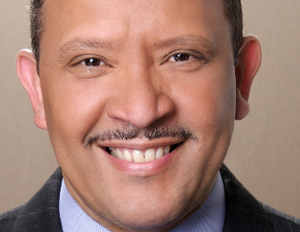 The National Urban League has long fought to diversify the Federal Reserve System. In 2014, the National Urban League submitted public comments related to the implementation of Section 342 of Dodd-Frank, which created the Offices of Minority and Women Inclusion (OMWIs). The OMWIs were established to increase diversity and inclusion in the financial services industry, including the Federal Reserve, which has a poor track record for hiring and contracting with women and people of color.

On March 14, 2017, Morial congratulated Raphael Bostic for being selected as the President of the Atlanta Federal Reserve, making him the first African American and person of color to assume this important role.

“Bias still exists, both overtly and covertly, particularly when it comes to high-level positions in finance. I think what Mr. Bostic’s appointment underscores is the great reservoir of talent in the African American community for positions like this. Our campaign with the Federal Reserve, for a number of years, raised this issue, [including] with Federal Reserve Chairman Janet Yellen about a year ago. She was very responsive in acknowledging that they need to do better,” says Morial.

As president of the Atlanta Federal Reserve, Bostic will lead 1,700 regional employees and represent the institution before its core constituencies, including member banks, business leaders, community organizations, consumers, and the broader public. In addition, he will sit on the Federal Open Market Committee (FOMC), which helps determine many important monetary policy issues, such as whether or not to increase interest rates.

“In the Federal Reserve’s 100-year history, an African American has never served as president until now,â€ Morial says. “After years of personally advocating for greater diversity in the Federal Reserve System, I am pleased to see that some progress. Although, not enough is being made. The work for equal opportunity is far from done. […] We are not going to be satisfied with Mr. Bostic’s appointment. Anyone with a platform needs to very loud and assertive about the fact that we have not yet achieved inclusion and diversity to the extent necessary in this country,” he says.

The National Urban League applauds Raphael Bostic, one of this nation’s preeminent economic scholars, for this historic achievement, stating, “We look forward to continuing our work to ensure qualified women and people of color, like Bostic, have equal opportunities throughout the Federal Reserve system.â€

5 Steps to Rebuild Your Confidence and Get Stuff Done

The Price of Perfection: The Cost of Being a BOSS