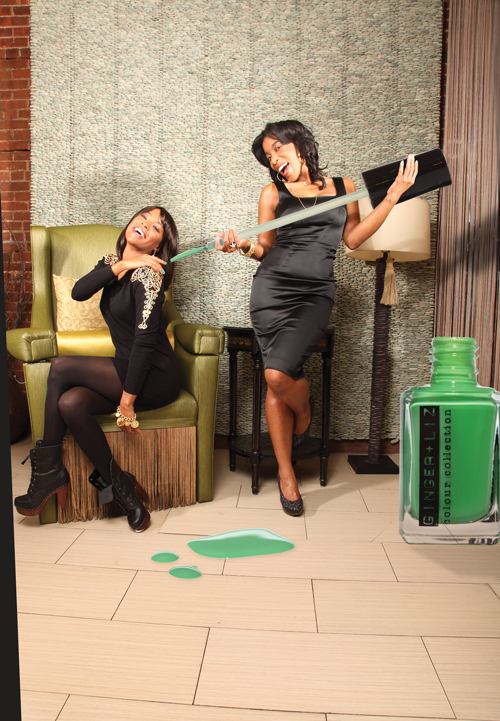 With just $2,000 from their personal savings, H. Ginger Johnson and Sara “Lizâ€ Pickett have turned their love of gorgeous nails into a lucrative business. In January 2010, the duo officially launched Ginger + Liz Colour Collection Inc. (G+L), a nontoxic, vegan-friendly nail polish line that now boasts 38 colors with provocative names such as Boss Lady, Caution, Can You Keep a Secret?, and Chase Me.

High-profile positioning in monthly trunk shows at New York City’s legendary Fifth Avenue retail boutique Henri Bendel, and product availability at various salons and boutiques (while at least 25 salons and spas offer manicure/pedicure only, 10 more offer the product for retail purchase) in major cities such as New York, Washington, D.C., Atlanta, and Los Angeles, helped thrust the company to revenues of $175,000 in its first year. They’re especially proud of being the only non-Carol’s Daughter product sold in the Carol’s Daughter flagship store in Harlem. By working out of a home office, utilizing two student interns, manufacturing the product line in the U.S., and not drawing a salary (Pickett models and acts, while Johnson works a full-time job), they managed to slip into the black this past summer, becoming profitable sooner than they expected.

Their most priceless asset so far has been that celebrities such as BeyoncÃ©, Mary J. Blige, and Queen Latifah, among others, wear Ginger +Liz nail lacquer. (Both leveraged industry relationships to help get the line noticed). The visibility works best to drive customers to their website, www.gingerandliz.com, from where about 65% of their sales are derived. Johnson says, “That’s pretty significant considering that nail polish is a product people want to see and experience in person.â€

The manicure mavens want to expand the product’s national reach, especially on the West Coast. But being self-funded has its benefits and challenges. Johnson, 31, says advertising on a minimal budget in comparison to notable competitors leaves them at a disadvantage. But 27-year-old Pickett says they deal with it by “being wise with our ad dollars and always using a multiplatform approach that includes social media networks.â€ Such strategic efforts to put out a quality product and gain respect within the industry led to inquiries and now interest from buyers at Whole Foods Market. Johnson and Pickett expect their product to be distributed within Whole Foods’ body care department starting next month.

To go full force in 2011, the women say it will take $115,000 to $125,000 to execute G+L’s next phase. “We’ve been approached by a number of potential investors, but most want to invest much more money,â€ says Johnson. The businesswomen want to avoid taking on unnecessary debt. “So far, we’ve been using a very financially efficient business model,â€ says Pickett. And while they want to keep it that way, they do see G+L’s opportunities and possibilities as limitless. “We know we need to grow, but in order to get there, we need money,â€ says Johnson. “And we’re open to having as many conversations as we need to in order to make it happen.â€ 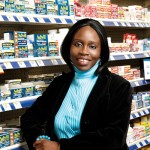 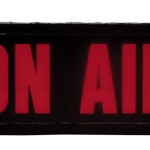