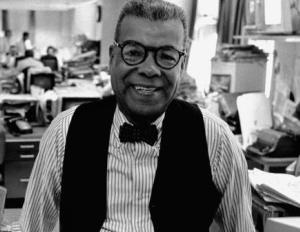 Charles Sumner “Chuckâ€ Stone Jr., one of the founders of the National Association of Black Journalists, has died at the age of 89, according to his daughter, Allegra Stone.

He died Sunday in Chapel Hill, N.C. at an assisted living facility. He was once a Tuskegee Airman in World War II and a strong proponent of civil rights; and used his influence in his writings in the early 60s.

NABJ’s current president Bob Butler stated, ‘Chuck chaired the first meeting and became the first president. He provided the rudder that steeredÂ NABJÂ at a time when being a member was not always easy. Some employers back then told members to choose between their jobs andÂ NABJ.’