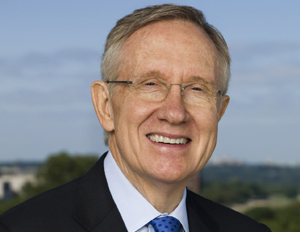 [Related: Congressional Black Caucus Co-Hosts Panel on Getting a Job in Tech]

Both chairs agreed that tech companies are stepping up efforts to increase diversity. “The good news is everyone is talking about the importance of diversity. The CBC has turned up the volume. But talk is not enough, the CBC wants action,” said Chairman Butterfield.

The CBC has been particularly focused on diversity in the tech industry. It launched the CBC Tech 2020 initiative to bring together the best minds in tech, non-profit, education, and public sectors to chart a path forward that increases African American inclusion in all levels of the industry.

“African American purchasing power has now surpassed 1 trillion dollars in this country. Yet too many of us remain consumers and employees; not entrepreneurs and employers,” Chairman Butterfield remarked. He also stated that the status quo is “no longer acceptable.”

The chairman also outlined six key points for increasing the number of African Americans working in the technology sector:

The congressman also said that tech companies he visited were also keen on stepping up diversity and inclusion efforts.

“When I visited Silicon Valley a few weeks ago, one or two CEOs told me pointedly: there is a correlation between corporate super success and diversity and inclusion,” said Butterfield.

The 5 Internet Companies That Get Most of Our Money