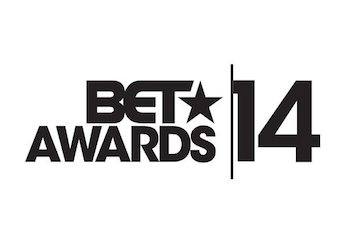 If you didn’t make it through all three hours and 48 minutes of this year’s BET Awards, don’t worry. Twitter will surely help you get up to speed.

The night was full of whoops, oops, and faux pas that would make a perfectionist mad. Chris Rock, the Brooklyn, N.Y.-bred comedian, had the crowd in the palm of his hands as host, riffing on current news in black culture and its celebrities.

The messy, drawn-out production found “The Black Plague“ joke teller having to stall in between problems with the teleprompter, which only elongated the runtime for the awards ceremony. When there weren’t on-the-set problems, there was a mid-to-high level of controversy that no one could ignore. From Nicki Minaj leveling an entire forest’s worth of shade at fellow nominee Iggy Azalea to Chris Brown’s girlfriend, Karrueche Tran, fumbling her lines as red carpet hostess,Â  the network had clear problems keeping its show in order.

Twitter, not one to be shy about criticism, levied heavy jokes at Debra Lee’s company which proved that it’s not on top of things as the network would like us to believe. During the honoring of the legendary Lionel Richie (who was being presented with a Lifetime Achievement award), BET had the standard tribute ready to go with John Legend, Ledisi, and Yolanda Adams. While no one can snuff out the award-winning songwriter’s contributions to the music industry, the network botched the praise by misspelling Lionel Richie’s name. In addition to identifying him as the “winner” of the award, BET actually added a “T” to his last name.

Social media had its way with BET, celebrated stars such as Busta Rhymes and T.I., found ways to nitpick those in attendance, and even served healthy slander to Jay Z and BeyoncÃ© – who weren’t even in the country. Without further ado, we present for your enjoyment the 15 most slanderous tweets from the 2014 BET Awards.

The Sports RÃ©sumÃ©: Is Functional or Chronological Best?