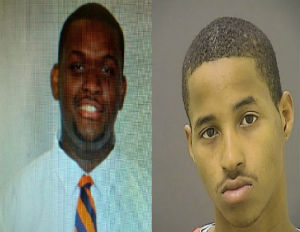 Police told the Associated Press that Keith Robertson, who is not a student at the University, confessed to the shooting, which occurred around 1 p.m. Friday near a residence hall.

There apparently had been a previous dispute between Robertson and Okoro.