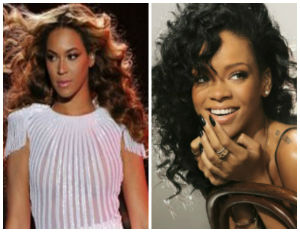 While submitting rÃ©sumÃ©s, tracking down job posts and going on back-to-back interviews is rarely viewed as a fun process, Morehouse student Chris Sumlin is taking a more creative approach to teaching millennials about succeeding in today’s job market.

In December, Sumlin received an overwhelming response from his peers when he posted a five minute YouTube video that offered six rÃ©sumÃ© building tips usingÂ BeyoncÃ© lyrics. As a young professional who has been fortunate enough to land several jobs and internships at many places like FOX Studios and the BET Awards in Los Angeles, Sumlin shares that he knows all about adjusting and tweaking yourÂ rÃ©sumÃ© to best suit the job you’re applying to.

[RELATED: The Real Reason You Should Hire Millennial Talent]

“Because I’ve had so many jobs, I had to make sure myÂ rÃ©sumÃ© was always on point, and I must say I’ve gotten pretty good at it,” said Sumlin. “Guys all over campus are always sending me theirÂ rÃ©sumÃ©s to get my approval, tips, edits and suggestions.”

With the help of platinum-selling artist BeyoncÃ©, Sumlin released the below video to translate some of her top songs into tips for developing the perfect rÃ©sumÃ©.

After receiving more than 4,000 page views within a month, Sumlin decided to release a follow-up video on interview tips using lyrics from some of Rihanna’s most popular songs.

Check the video below and be sure to follow Sumlin on Twitter @ChrisSumlin to learn more about his creative approach to helping millennials navigate today’s job market.

How Long Before We Achieve Education Equity in America? 250 Years?