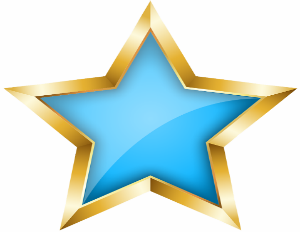 This year at the Black Enterprise Entrepreneurs Summit, May 13-16, we are hosting a variety of sessions geared towards the broad world of tech, specifically as it relates to entrepreneurship. Such a topic is worth the exploration after a report revealed that “Top universities turn out black and Hispanic computer science and computer engineering graduates at twice the rate that leading technology companies hire them.”Â The lack of minorities in technology, a growing industry creating countless jobs in the U.S. economy, denies those groups of the burgeoningÂ economic benefits.

[Related: How to Deliver an Effective Pitch to Get Investor]

One solution would simply be to enforce diversity policies at tech companies as to expand the number of people of color and women hires. But in the event that one should want to take matters into one’s own hands, which would be a wise move, entrepreneurship is another viable measure.

Henry Mason is one of many minority innovators, paving his own way in cyberspace. The HBCU graduate from Morehouse inventedÂ Topstar, a mobile talent contest. Users download the app where they then upload 21 second snippets of them displaying their talents. Aspiring “topstars” then urge friends to vote, as the user with the most votes each month wins $100. The fairly new app’sÂ mission is “To provide a fun platform free of criticism, where anyone can become a star.”

Mason is joined by other millennials of color who have opted for entrepreneurship byÂ creating their own apps and using their social media followings to build brands.Â BlackEnterprise.com spoke with Blake Von D, a Spelman graduate and law student at Tu Lane, who’s built a following of over 20,000 Instagram fans and numerous subscribers to her fashion blog. The beauty’s social media buzz led to a brand ambassadorship with L’Oreal and Shoe Dazzle.Â Maci Peterson,Â also a former student of Spelman, is took advantage of the new age when she launched On Second Thought—the genius app that lets users take back text messages before they are delivered to the receiver.

There are a host of Â apps and brands created by millennial entrepreneurs, like Jasmine Lawrence, Founder and CEO of Eden Body Works, who will be a speaker at the Entrepreneurs Summit “20/20 Vision: Suppliers & Millennials Building Brands in the Digital Space” panel.

Do you think entrepreneurship is the solution to expanding minorities in tech? Let us know below, or on Twitter, @BlackEnterprise, using the #SoundOff hash tag.

The Black Enterprise Entrepreneurs Summit hosted by Nationwide is set for May 13—16, 2015 at the Hyatt Regency Atlanta. Expect innovative sessions, high-powered speakers, and an early peek at the products, trends, and services you’ll need to stay ahead of the curve. To register and find out more, visitÂ dev.blackenterprise.com/es/. Join us at the Entrepreneurs Summit, Where Innovation and Capital Meet.