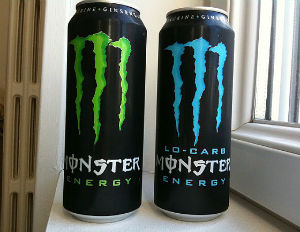 The FDA is investigating reports that the highly caffineanated energy drink “Monster” played a part in the death of five people and caused one non-fatal heart attack, according to Loop 21.

The 24-ounce cans contains 240 milligrams of caffeine, or seven times the amount of the caffeine in a 12-ounce cola.

Last week, a wrongful death suit was filed in Riverside, Calif., by the parents of a 14-year-old girl who died after drinking two, 24-ounce Monster Energy Drinks in 24 hours.

Wells Fargo Lends Out More Than $1 Billion to Small Businesses