Meet The First Black Woman To Rise From Chaplain To Colonel

Monica R. Lawson made history this week. The U.S Army promoted the active-duty military woman chaplain to the rank of colonel, making her the first Black woman to receive the honor. Lawson spoke about the milestone at her ceremony, which was streamed through the U.S Army Chaplain Center and School’s Facebook page.

“As an African American woman who has always been proud of the skin that I’m in, in this time, this is a bright spot in a sea of what seems to be darkness never-ending,” Col. Lawson said during the ceremony, according to the Richmond Free Press. “In a time when we are faced with political polarization, racial unrest, a pandemic, and economic uncertainty, it’s good to have something to celebrate and to take our minds off of what is going on, if only for a moment.”

Col. Lawson also spoke on the significance of her achievement as a win for both her and the Black community serving in the military.

“I know many of you are saying, ‘What does race, race relations, and racism have to do with you being promoted? Well, just in case you didn’t figure it out, it took us 245 years for this moment to happen,” said Col. Lawson.

Monica Lawson is the @USArmy’s first African American chaplain to pin on colonel. Today, women make up only 5% of the Army’s active-duty chaplain corps. During her ceremony, Lawson was recognized for her ability to lead. Congrats, Colonel! #HerMemorial #Leadership #Promotion pic.twitter.com/qIQ8UU0BRx 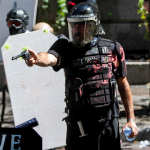 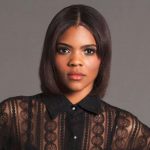 Candace Owens: Chris Wallace Should Have Asked Biden to Condemn Antifa and BLM, Blames Them For Protest Violence