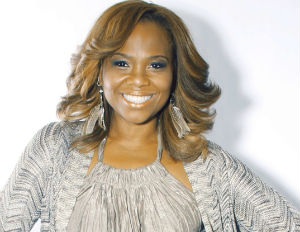 Since her resurgence in 2010 with VH1’sÂ hitÂ “Love & Hip Hop,” Mona Scott-Young has reigned as an entrepreneur and hip hop mogul. The show, which featured emotionally unpredictable and unstable cast members wandering through New York’s hip hop scene, sought to shed light on an industry that was unfamiliar to the masses. The weekly series has since expanded Mona’s empire to additional properties such as “Love & Hip Hop: Atlantaâ€ and her newest addition, VH1’s “The Gossip Game.â€

Like any other entrepreneur, she has faced trials (the loss of her former Violator business partner Chris Lighty) and triumphs (Love & Hip Hop: Atlanta soaring as one of the top rated reality television shows in history). The hip hop mogul also recently expanded into the consumer products industry with her flavored “MYX Moscato,” as well as preparing for her upcoming reality show on BRAVO.

In this exclusiveÂ BlackEnterprise.comÂ interview, Scott-YoungÂ gets “realâ€ about the negative criticism that she’s received on her portrayal of African Americans on television, challenges that she’s faced as a businesswoman in the music industry, how she manages work-life balance, and her new VH1 series “The Gossip Game.”

BlackEnterprise.com: Tell us about your journey. What made you decide to transition from the music industry to television?

It was a desire for personal growth. I’ve always wanted to move into television. I did a show several years ago on UPN with Missy Elliott called ‘Road to Stardom.’ I loved the process. I love having an idea, rolling up my sleeves and bringing all the elements together and then seeing it on screen. When I transitioned to Monami Entertainment (her company), I always aspired to really get my wheels and dig my heels into television. Love and Hip Hop happened to be a big one. It resonated and connected with the audience and it took off and I’ve continued to develop shows. That for me was a personal passion but also part of the business model that I wanted for Monami.

You have faced a lot of criticism for your portrayal of African Americans on television, more specifically women. What is your response to the backlash?

I keep it honest with myself first and foremost. I don’t want to say that I fancy myself as a documentarian. The reality is, I’m not making up this stuff. I’m not scripting this stuff. I’m not sitting here making up this stuff that degrade, that denigrate, that bring down the women in our culture. I am simply turning a camera on their lives and depicting what is actually going on. If those cameras went off this stuff would still continue to go on. So what are we saying exactly, that these people don’t exist? That their stories don’t deserve to be told? That we should just sweep it under a rug and act like we don’t know that this stuff is happening?

It’s so funny because so many people say that they don’t watch the show. But the numbers speak for themselves. I think the reason that these shows connect is because people see a little bit of themselves in it. They see a little bit of the people that they know — their family members, the people that are in there lives because these are real people, and these are things that are really going on.

What lessons have you learned in your 20 years in the entertainment industry?

Never get complacent. Never rest on your laurels. There is always someone right on your heels. So for me, it’s about personally challenging myself at all times. Always testing what I’m made of. Always wanting to see what levels I can aspire to. What projects I can conquer, what else I can do. That’s always been for me a driving force in the way that I’ve lived my life and how I’ve run my businesses.

Small Business Owners Believe Economy is Stuck Due to Government