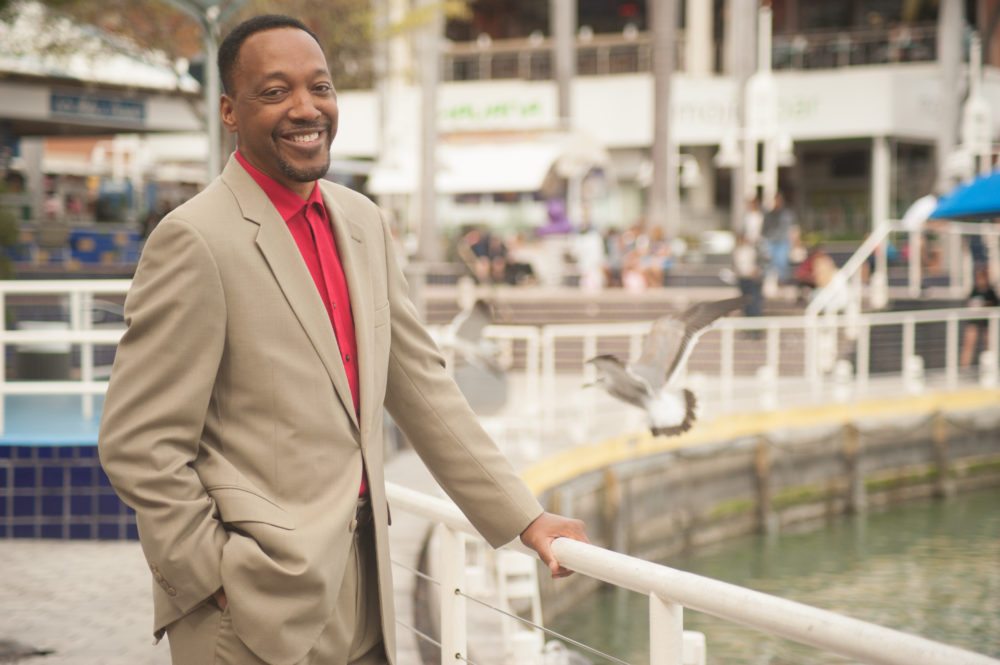 One Word That Describes You: Intelligent

What does being one of the BEMM 100 Ambassador mean to you?

Being a BEMM 100 Ambassador is a chance to define black men honestly and proudly. We are one of America’s greatest assets alongside black women. We are builders, nurturers, and protectors by nature.

What are you doing as an Ambassador to help support black male achievement now or in the future?

I’m building a network unlike any the world has ever known. In 2013, I founded BMe Community, the world’s first social network for inspired black men and community-builders of all races and genders. We have 22,000+ members, offices in six cities, brand about 200 events a year, and have funded 165 black men called BMe Leaders, whose organizations educate children, protect streets, create economic opportunities, and work on justice for all. BMe Leaders head corporate, government, and nonprofit entities, and each has dedicated his life to creating opportunities for others. The 165 help 500,000 people per year. The 22,000 enjoy inspiring news, events, and opportunities to grow their health, wealth, and community.

BMe produces top-rate content that tells a better story of black people’s roles in America’s prosperous future. Last year, our book REACH: 40 Black Men Speak on Living Leading and Succeeding became a New York Times bestseller within 90 days of release. This year, we’re producing TED-like talks called BMe UNLIMITED, illuminating the inspired genius of black men and women who are achieving extraordinary things for the benefit of society today. And we’re working with premier brands like Kickstarter and the American Heart Association to bring health and wealth resources to our members and their communities.

No matter what skin you’re born in, if you want education, safety, justice, and economic opportunity in your town, then BMe is your community.

When I originally proposed BMe, knowledgeable people warned me that it would be a disaster. “If you base it on black men, it will create tension. Even black women will attack it,” I was told. “Race is the third rail. It’s a career-ender,” I was warned. They were well-meaning but mistaken. My friends and I at the Knight Foundation had a different perspective. BMe proudly proclaims the positive virtues of black men, and half our members are women. Our membership is racially diverse and our sisters appreciate us stepping up. On top of growing rapidly and making a bestseller by our second year, I’ve since been named an Ashoka Fellow, an Aspen Fellow, and we are asked by groups from Deloitte to philanthropic foundations to train them on how to look at the world the way that BMe does.

We call it “Asset-framing.” BMe doesn’t define people–any people–by their faults; we instead define everyone by their aspirations and contributions before acknowledging their challenges. Doing this with black men has revealed startling truths; black men serve in uniform at higher rates than all other U.S. men, the rate of business creation in the black community has been growing at over twice the national average for over a decade, and black households give to charity at higher rates than all other households. So if you want to peg black men, they literally lead the nation in those measures of patriotism, enterprise, and generosity. Therefore, we don’t aspire to fix black men or anyone else. We seek to build upon their manifest interest in safe streets, educated children, a just society, and economic opportunity. Since you don’t have to be black to share those values, BMe Community is a place for anyone who shares those values and can recognize black men as assets at the same time.

Reliability; say what you mean, and do what you say.

We are working with Kickstarter to crowd-fund projects our BMe Leaders have created in Baltimore, Detroit, and Philadelphia that create new community assets, such as financial literacy training for families in Baltimore, Safe Brave Space for LGBT youth in Detroit, and putting people of color on boards of directors in Philadelphia.

Do your best and trust God for all the rest.

What you focus on has power. Don’t define yourself or people as the chump, the vic, or the minority character in someone else’s story. As my son Malcolm would say, “Know your worth.” This lets you add new chapters to the stories of your relentlessness. The story you tell yourself will create the life that you live.

Know what they want, know who you are, know what you offer, give value, get value.

My normal vacation is just quiet time. I can take it at home. But my best vacation was my honeymoon in December 2015. My wife and I did six countries in 40 days; Belize, Mexico, Puerto Rico, Germany, Sri Lanka, and the Maldives. Each had a distinctly different offering: Mexico had the Mayan ruins; Germany had the Memorial to the Murdered Jews of Europe (the frankest name I’ve ever heard for a Holocaust museum); Sri Lanka had incredible food and scenery; and the Maldives had underwater restaurants, Eden-esque beauty, and beaches. Plus, I spent the whole time with the perfect woman for me. Best. Vaycay. Ever.

I’ve enjoyed Thailand every time I’ve been there because of the food, the people, the $9 per hour massage, and the fact that it is half a world away from the U.S. Us introverts need our quiet time.

Of all my honors, being counted in this number is one of my most cherished. I want to help the BEMM Ambassadors every which way that I can. So thank you!