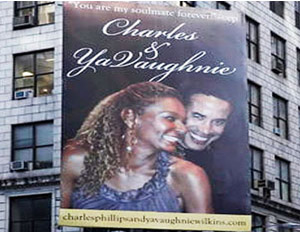 Following an 8-plus-year extra marital relationship with Charles Phillips, mistress YaVaughnie Wilkins would like her voice to be heard.

Wilkins has created a documentary entitled The Glamorous Lie that will debut at Harlem International Film Festival.

Phillips attempted to have the documentary pulled by issuing a cease and desist letter to the film festival. The documentary will go ahead as planned, according to a statement by a spokesperson from the festival, stating that Ms. Wilkins will take full liability for the fallout of the film.

How Will HBCU’s Manage Grant Funds From The White House?