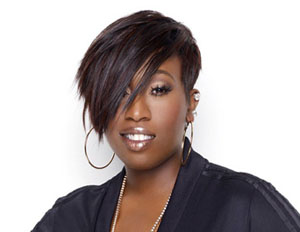 Super Bowl Monday is an honored and sacred time when fans gather to talk about all things Super Bowl: the game, the plays, the winners, the losers, the commercials—and the halftime show.

And in reflecting on the show as entrepreneurs, we should take every opportunity to learn what we can from titans like Missy Elliot, who made a surprise appearance with headliner Katy Perry.

Elliot was quite the talk of the Super Bowl halftime show, and when the proverbial Missy beat dropped, so did the jaws of millions. Why? Well, the reasons have a few educational nuggets for business owners and enterprising professionals.

1.Â  Wow the crowd in ways they don’t expect. Katy Perry is a Radio Disney favorite, and most of us were expecting her first guest, Lenny Kravitz. Â Although this combo was pretty hot performing Perry’s “I Kissed A Girl And I Liked It,” there weren’t any get-up-and-dance moments prior to Elliot hitting the stage.Â  And that’s where we were wowed!

Elliot and Perry didn’t seem the likely Sunday-night combo. As entrepreneurs you have to keep with your current offerings but remember to collaborate or go outside of the norm to really bring attention to your business or your products. Mix it up in your marketing and your approaches to service. Not every client will like everything about your business, but they all want to be wowed.

2. Â Legends stay relevant. Elliot has a great, recognizable product. Her beats are legendary, and when you hear them, you can’t help but know whose song is playing.

Many feel she hasn’t put out a hit in several years and thus shouldn’t have been a featured guest during the Katy Perry billed halftime show. But, guess what? Any beat drop associated with her, and we are all transported to a dance floor.

What you build today can make you millions for years to come if you work hard at being recognized time and time when people come in contact with your products or see your logo. Â Build your brand to create a lasting memory and legacy. In the long run that will make you much more than being an entrepreneur for the fast buck. Remember if #LegendsStayRelevant they have to be relevant to start.

3. Put in the work. To make it to any big stage, you have to put in work. Â There were a lot of people who think Missy should have had her own halftime show. I agree, but I don’t take away from what she accomplished last night. Â She wasn’t selling or promoting anything; she was just there to do what she has always done. Â However, not just anyone can get that call; she was there to ignite the crowd and give the halftime show some street cred(ibility). Everyone knows Missy is a professional with a great show and stage presence even though it has been a while since last we saw her. That’s because she puts in the work. Â As entrepreneurs we also have to do just that so when the call comes for us to be on the big stage we are ready no matter how far down the road the call may come. Â Everyone wants to play the Super Bowl, but are you ready to put in the hours, lose the sleep, make the investment to get there?

Bonus: Make the big decisions: One of the last calls of the Super Bowl resulted in the game being lost within seconds. It honestly happens to all of us; we say the wrong thing to a client, quote too high or too low, pass up opportunities on principle and then they turn out to be great moves for someone else. Be ready to defend your decisions as an entrepreneur, learn from them, and then keep moving. Â As an entrepreneur you won’t get everything right the first (or second or third) time, but you can’t let the fear of making decisions stop you.

Ella Rucker is the co-founder ofÂ Weekend Startup School and director of operations forÂ #MentorMonday with Paul C. Brunson, both of which serve minority entrepreneurs. Ella has made her living for the past three years working as a writer, editor and content producer with some of the most successful personalities, brands, and blogs. Â She has also written an eguide for Blogalicious entitledÂ Tick Tock Goes The Blog Clock: The What, Why and How Of Creating 365 Days Of Content TODAY.

This Day in History: Ernest Just Recieves the Spingarn Medal for Strides in Science

Ella Rucker is a mastermind director and author of The Beauty of An Ugly Start: 12 Reasons To Get Over Yourself and Take Your Idea to Market TODAY.