Mississippi Could be the Next Silicon Valley 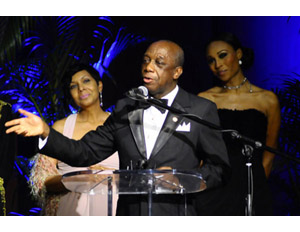 It’s the birthplace of African Americans of incredible achievement including Oprah Winfrey, Morgan Freeman, Medgar Evers, and B.B. King. The Magnolia State may soon become a hotbed for technological innovation.

There is a push to make Mississippi the “Silicon Valley of the South.â€ The effort is being spearheaded by Dr. Thomas O. Mensah–a Ghanaian-born chemical engineer and inventor who has done notable work in the areas of fiber optics and nanotechnology. Mensah also holds 14 patents and is a fellow of the American National Academy of Inventors.

At the Silicon Valley of the South conference in Tunica, Mississippi, Mensah, in a keynote address, said that the state is ideal for creating innovation centers for drone manufacturing and for business accelerators.

“Even though my Atlanta base is home to major Fortune 500 business headquarters, I am now personally branching out into the MS Delta which presents a promising opportunity for the creation of the next Silicon Valley of the South in the USA,â€ he said during the keynote.

He went on to explain that the centers should include cybersecurity sensors, advanced batteries, precision agriculture, big data, aerospace systems, virtual reality, and nanotechnology products and other advanced technologies.

He is also of the view that Mississippi is one the few states with highly trained engineers and scientists who typically end up leaving the state to work–causing a “brain drainâ€ and loss of intellectual power.

He presented a detailed plan at the conference of transforming Mississippi into a high-tech hub. The first steps include creating next-generation cybersecurity sensors in the state’s capital, Jackson.

Mensah says that this “Silicon Valley of the Southâ€ could inspire emerging African countries, including his native Ghana, which are also faced with the fleeing of their best and brightest to seek work elsewhere in the world, to stay home and help improve their economies and forward technological advancement in their native lands.