'The Miseducation of Lauryn Hill' Archived in Library of Congress 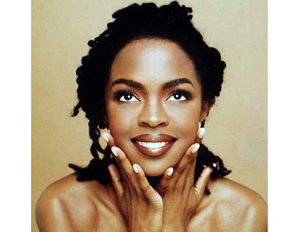 At the 41st Annual Grammy Awards in 1999, Lauryn Hill made history as the first female artist to win five of the golden trophies in one night. Hill, rocking her gorgeous locs, was nominated ten times for her ’98 album, The Miseducation of Lauryn Hill, and took home major awards, like Album of the Year and Best New Artist. The musician and actress had proven her talent to be undeniable and a rare specialty while singing and spitting in hip-hop group the Fugees, but still, no one could have predicted the magnitude of sheer magic she would bring via her solo album.

Even today, The Miseducation of Lauryn Hill is still praised among music critics and is always a shoo-in on Greatest Albums of All Time and Best R&B Albums of the 90s lists. In fact, the body of work has left such a stamp on art and culture that the Library of Congress is inducting it into its esteemed archives.

In an official statement, the Library of Congress writes:

“Lauryn Hill’s debut solo record, following the breakup of the Fugees, is a work of honesty in which Hill explores her feelings on topics that included the deep wonder of pregnancy, the pitfalls of modern relationships and the experience of the sacred. The album effortlessly fuses soul, rhythm and blues, rap and reggae. Hill’s vocal range, smooth clear highs and vibrato are stunning. The rapping is rhythmically compelling while always retaining, and frequently exploiting, the natural cadences of conversational speech. Standout guest performances include Carlos Santana’s soulful acoustic guitar solo on ‘Zion,’ and duets with Mary J. Blige and D’Angelo on ‘I Used to Love Him’ and ‘Nothing Even Matters,’ respectively.”

Hill’s debut album is being archived along with 24 other sound recordings, each of which the Library of Congress deems to holdÂ cultural, artistic and/or historical significance to American society and the nation’s audio legacy.

$10,000 Elevator Pitch Competition: Are You a Winning Entrepreneur?