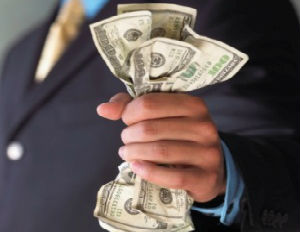 Four Detroit-based minority-owned small businesses receiving $325,000 in loans and lines of credit will provide lighting, construction, and retail services to aid Detroit’s recovery from the neighborhoods to downtown.Â The lending is from the Entrepreneurs of Color Fund, made available through a $6.5 million commitment from the Detroit Development Fund, JPMorgan Chase & Co.,Â and the W.K. Kellogg Foundation.

The Entrepreneurs of Color Fund, which is facilitated by DDF, a Michigan 501(c)3 Community Development Financial Institution (CDFI), provides financing for Detroit-based neighborhood businesses and services with a goal of assisting businesses that lack access to traditional forms of credit and capital. Funding for the EOC Fund is provided by a $3.5 million grant from the JPMorgan Chase Foundation, as part of JPMorgan Chase’s $100 million commitment to the city of Detroit’s economic recovery, and a $3 million program-related investment from the WKKF.

“From the neighborhoods to downtown, Detroit’s success is tied to the success of its residents and growth of its businesses,â€ said Detroit Mayor Mike Duggan in a released statement. “There is incredible opportunity for small businesses here in Detroit, and this loan program from the Detroit Development Fund, JPMorgan Chase, and the W.K. Kellogg Foundation will ensure that businesses here have access to the resources they need to prosper.â€

There are approximately 32,000 small businesses in Detroit owned by people of color, according the U.S. Census Bureau. This ranks Detroit as the fourth largest U.S. city for the number of minority-owned businesses. Yet, these businesses rely significantly more on investments of personal or family wealth than on outside debt or equity, according to recent research by Michael S. Barr, Professor of Law at the University of Michigan.

The EOC Fund is designed to increase economic opportunity for underserved populations in Detroit by providing minority-owned businesses with greater access to capital and business assistance, allowing them to grow, hire locally, and further contribute to the city’s economic recovery.

“With the Entrepreneurs of Color Fund we are now able to provide the capital that Detroit’s small businesses need to grow and succeed,â€ added DDF President Ray Watters. Â “We are grateful for the generous support of JPMorgan Chase and the W.K. Kellogg Foundation, which will allow DDF to increase its business supportÂ andÂ lending programs for minority-owned businesses in Detroit’s neighborhoods.â€

The four businesses receiving the inaugural round of funding include:

Odyssey Media Blazed The Country With â€˜In The Blackâ€™ Tour